On the occasion of the 143rd birth anniversary of the Iron Man of India Sardar Vallabhbhai Patel, a ‘Run for Unity’ was organised in every part of the country.

Run for unity’ was also organised across Assam to mark the birth anniversary of Sardar Vallabhbhai Patel. 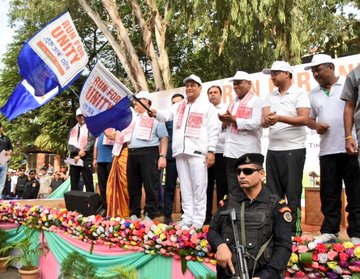 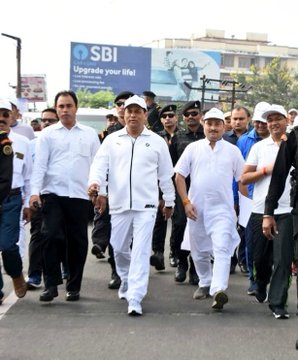 Addressing the gathering before flagging off the rally, Assam Chief Minister recollected the contributions of Sardar Patel and urged the people to follow the ideals of the great leader.

The CM also administered the oath of unity among those who participated in the event.

Biplab Deb not only flagged off the run but also lived up to his reputation of being a fitness freak and actively took part in the run.

A marathon race was organised by the NDRF from Doimukh RCC bridge to NDRF camp on the occasion.